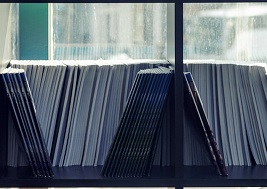 The Commission Board of Directors have approved a number of bylaw revisions to (1) introduce online voting in place of paper and proxy voting for the 2017 Annual General Meeting, and (2) to enhance the compliance recourse when licensees do not comply with the Commission during investigations or audits.

Bylaw 218: The Commission is moving from written ballots to electronic voting, eliminating the need for proxy ballots by allowing those who cannot attend the Annual General Meeting to cast their ballots online.

Bylaw 219: Moving away from the 50% plus one system, in order to be elected to the Board of Directors, a nominee must now receive the greatest number of votes cast (first-past-the-post voting system).

Bylaw 220: Formerly, if a majority is not achieved on any ballot, the nominee receiving the lowest number of votes and those nominees with fewer than 10% of the votes cast shall be dropped from the slate and a second ballot cast. Now, in the event of a tie the Chair shall draw the winner between the tied nominees.

Bylaw 241: Rules of Order governing Commission meetings has been revised to follow Robert’s Rules of Order, over Herb Perry’s Call to Order, which did not address electronic voting.

Bylaw 246: Revised to remove the option of voting by proxy as licensees can vote from virtually any location.

Bylaw 247: Repealed; this Bylaw formerly identified the amount of proxies any licensee may hold.

Amendments and Out Clauses to the Agreement of Purchase and Sale

View our Candidates for Election 2019

Terminating an Agreement by incorporating 'out clauses'

View our Candidates for Election

Mar. 4 - Due to the weather and road conditions, the Commission's office will be closed today. #NSStorm

Posted by NSREC 327 days ago

Posted by NSREC 333 days ago

Posted by NSREC 344 days ago